Manhattan Scientifics provided seed funding to former Los Alamos National Laboratory scientist Robert Hockaday, who has developed a flat printed fuel cell designed to provide an "always on" energy source to power micro-electronics such as cellular telephones and pagers. Manhattan Scientifics owns the worldwide right to the patented technology. To date, the micro fuel cell has not been commercialized. 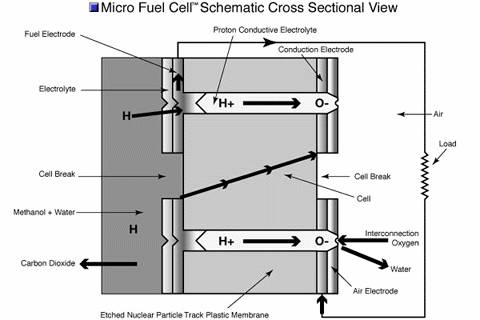 MicroFuel Cell "Basics The MicroFuel Cell" is a small device that produces electricity from hydrogen, or hydrogen bearing fuels, and air. We have been pursuing two fuel sources for small devices: chemical hydrides that make hydrogen on demand, and methanol. In both fuel sources the fuel is broken down into protons from the hydrogen atoms on the electrodes. In the direct methanol fuel cell it takes a methanol/water mixture at the anode and breaks it down into protons, CO2, and electrons. The electrons travel through an external circuit to provide electrical work. The protons are transported across an electrolyte to the cathode where they combine with oxygen from the air to form pure water. The two main advantages of our technology are: 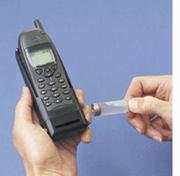 Performance - Using methanol as fuel provides the energy required for the extended battery life. The energy density of methanol fuel is up to 30 times that of the best rechargeable batteries available today, but at lower power densities. The chemical hydride's energy density could be roughly 20 times the best rechargeable batteries, but have the advantage of higher power density of 10-100 times those obtained when using methanol. They could match or exceed batteries in power per unit mass. 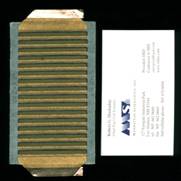 Cost - Our devices are made using the same materials and miniaturization technologies that are extensively used in the semiconductor industry to manufacture inexpensive silicon chips. These designs and methods of manufacturing ultimately will lead to the lowest cost production of fuel cells. We have made a priority of integrating the technology into product designs that are easy to use and adapt to the products already used by consumers. Some concept designs are shown in the last page of this document. We have also built working prototypes in our laboratories.